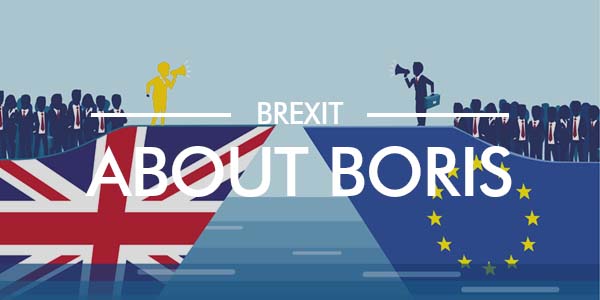 On Tuesday 23rd July 2019, Boris Johnson was elected new leader of the Conservative party in the United Kingdom. The following day, he became the 14th person invited by Queen Elizabeth II to form a government. Johnson is thus the third British Prime Minister since the Brexit referendum that took place in June 2016.

Following the change of Tory PM, there has been a reshuffle of government. Johnson has described the new cabinet as a “cabinet for modern Britain”. It includes Dominic Raab, who is the new Foreign Secretary and First Secretary of State. Priti Patel has replaced Sajid Javid as Home Secretary, who in turn is the new Chancellor. Stephen Barclay remains Brexit Secretary.

Alexander Boris de Pfeffel Johnson was born to British parents in 1964 in New York. His father is a former British Conservative Member of the European Parliament. Johnson therefore spent a couple of years of his childhood in Belgium. He was educated at Eton College and at the University of Oxford.

Prior to the referendum, Boris Johnson was one of the front figures of the Leave campaign who is believed to have contributed to the UK’s decisions to leave.

After Theresa May became Prime Minister in July 2016, she appointed Johnson Foreign Secretary. He resigned two years later. Between 2008 and 2016, Boris Johnson was Mayor of London. Prior to becoming a Member of Parliament, he worked as a political journalist for newspapers such as The Times, The Daily Telegraph and The Spectator.