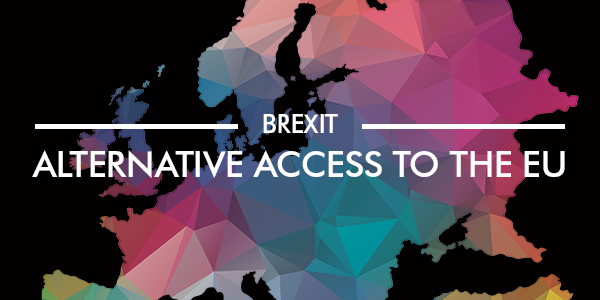 For clients who rely on the UK for access to EU markets, Goodwille has looked at other setups to maintain access post-Brexit. In this article we present three possible alternatives for access to the EU market in the event of a no-deal Brexit; Ireland, E-residency in Estonia, and the Netherlands.

Ireland will most likely be the easiest alternative to a presence in the UK. The list of positives for Ireland is long. The Irish have a similar jurisdiction to the UK, there are no language barriers, it is relatively easy to set up a company and the corporation tax is lower compared to the rest of the EU. However, one negative aspect for clients who would use Ireland as a base to import and export to rest of the EU is that Ireland could be affected heavily by a no-deal Brexit, as most trade currently goes through the UK to get to mainland Europe.

Estonia is a member of the European Union. Through the country’s embrace of digital solutions, it allows foreign nationals to become e-residents. Thereby, you could set up a business in Estonia from a foreign country. From what we have read, the stumbling block is whether one could get a bank account without close ties to Estonia. For those looking for subsidiary access to the EU market, it remains  uncertain whether this alternative is suitable at present.

The Netherlands and elsewhere in the EU

If you need access to the rest of the EU because you trade in physical goods, then serious consideration should be given to the European mainland. The Netherlands is an interesting alternative for a number of reasons. Just as in regards to Ireland, it is relatively easy to set up a company in the Netherlands. Due to a highly advanced transport infrastructure, the Netherlands is seen as a gateway to the rest of Europe. In the event of a no-deal Brexit, the Netherlands would not be affected in the same manner as Ireland would.