Alternatives to a no-deal Brexit 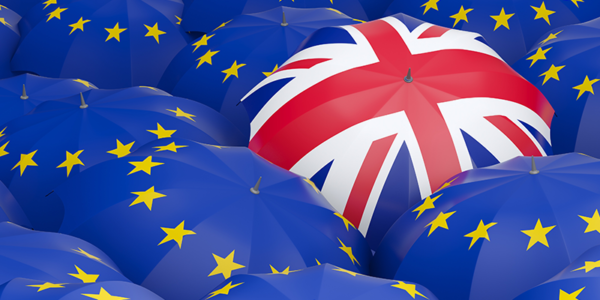 The British Prime Minister, Boris Johnson, has stated that the UK is leaving on the 31st October 2019 “no if’s, no but’s”. The markets seem to believe him as the pound continues to fall against other major currencies. The EU continues to maintain that the only deal available comes in the form of the Withdrawal Agreement (WA) along with the highly controversial Irish backstop, agreed with Theresa May’s government. From the UK perspective, the WA has been rejected 3 times by the UK Parliament and therefore, it is considered dead by many, particularly the new government. Assuming the WA does not go back to Parliament, what alternative routes exist that do not result in WTO no-deal exit?

Boris Johnson has a very narrow majority in Parliament. However, Brexit is a cross-party issue. It could either be through a vote of no confidence, leading to a government of national unity, or a general election, or even just to control the legislature to block a no-deal exit, resulting in a further extension of Article 50 or even a revocation should there be perceived lack of appetite from certain EU leaders for a further extension. If this were to take hold, it would need to happen in early September, and even then, the Remain side have been fighting among themselves to decide who should lead this group.

The backstop remains one of the most controversial elements of the current deal available to the UK. The EU has consistently stated that it would not entertain removing the backstop and, for the time being, we should hold them to their word. Recently, Boris Johnson has been given the challenge to come up with credible “alternative arrangements” by the 20th September to allow the backstop to become redundant. There is scepticism this can be delivered, and therefore this avenue seems unlikely.

There were rumours that the EU had always been prepared to offer a Free Trade Agreement before Theresa May started negotiations that lead to the Withdrawal Agreement. Many of the current Conservatives have wanted to work towards an FTA, similar to Canada’s, from the very beginning. Though it is quite unlikely, this could be implemented or agreed upon in the short period of time remaining. This may be the final destination for the UK-EU relationship, but it is not going to happen by 31st October.

A type of Brexit that seems to never go away is the Norway style membership or EEA membership. In some ways, this provides the most deliverable transition at this juncture with the least disruption, considering the constraints of time and distance in consensus between both UK and EU parties. It would need ratification by the EU and the other members of the EEA group. So far, the UK has not entertained this option, but with all sides not wishing for a no-deal Brexit, this could and would be pushed through should the UK head for this option.

Should a no-deal exit look very possible as we approach 31st October, or even have come to pass, there have been persistent rumours that some form of Standstill Agreement would apply to minimise the disruption. The Institute for Government have produced a good, concise article covering what is probably possible and the difficulties of achieving a Standstill Agreement.

Even with 2 months to go, it is impossible to say where we might end up. There are still many things that can and will happen between now and 31st October. Should none of the above options come to pass, then the default remains a no-deal exit, with all the unknowns and likely disruption that will occur to both sides.