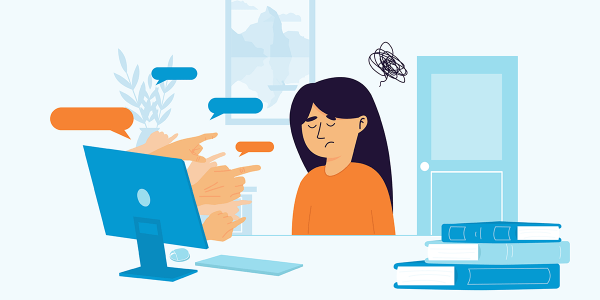 You might be aware that it’s Anti-Bullying Week between the 19th November – 24th November. Goodwille wants to spread awareness on how employers can tackle bullying in the best way. We recently wrote about ‘How to handle workplace bullying and harassment during the Covid-19 lockdown’, and we will now look at Cyberbullying.

Cyberbullying in the workplace usually looks like offensive emails or text messages containing jokes or inappropriate wording towards a specific race, nationality, or about sexual preference. When that happens, the words expressed have a harmful effect on the target of the bullying, regardless of whether the email is sent anonymously or not. Examples of cyberbullying include sharing embarrassing situations relating to the target with everyone online, being offensive and mean to the target on various social media platforms, as well as spreading rumours and gossip of the target online.

Cyberbullying can cause significant emotional distress and lead to diminished workplace performance. The danger of cyberbullying in the workplace is that the target is put under constant harassment even when the working hours are over. The only way to avoid such harassment is having it reported to try and put an end to it.

There is no place in the workplace for online bullying but sadly the practice persists. It is usually caused by the lack of an internal filter and ethical compass, which would allow the company to guide its actions.

Since cyberbullying in the workplace is relatively new on the list of issues one faces in a workplace, employers have not yet figured a meaningful way to address the issue. When it is mentioned, it is usually under the clause of bullying altogether, which is a good step towards tackling the issue but should not be the final one.

The workplace environment plays a crucial part in determining what is acceptable and what is unacceptable to say or do to a co-worker. An organisation that promotes a negative atmosphere towards acts of harassment or bullying will most likely be more successful in preventing such actions. As with most things it all comes down to setting an ethical tone at the top.

Taking proactive steps in relation to potential virtual bullying and harassment will mitigate the risk of issues further down the line.

The steps could include the following: