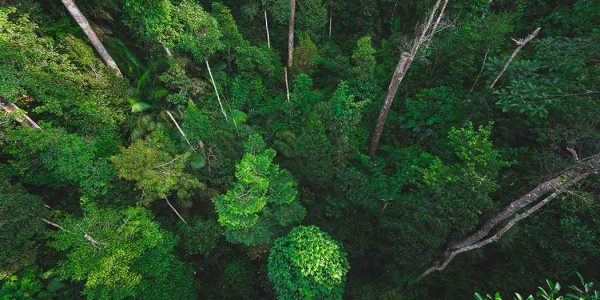 Today, the 22nd of April, is the International Earth Day. International Earth Day is here to remind us all about the global crisis the earth is facing, when it comes to climate change, the growing population, our food habits and so on. The list is growing, and so is the list of companies who are here to make a change and meet these challenges. The theme for Earth Day 2021 is “Restore our Earth”, which is all about decreasing our environmental footprint and repairing the damage we have already caused.

In recognition of International Earth Day, Goodwille have shortlisted 10 Nordic companies who focus on green and sustainable development that we think deserve some more recognition.

Solar Foods was founded in 2017 and has created a new sustainable food diversity. They introduced a revolutionary natural protein source for the entire food industry, which is suitable for consumer diets. The completely unique pure single-cell proteins are produced from only CO2, water and electricity. This means that the biotech solution Solein is independent of the weather, agriculture, and the climate!

Humanity spends more and more time in urban environments away from natural air. The poor quality air impacts both our performance and health, which is something Naava has found a solution to. Naava has with innovation, natural design and future technology developed beautiful green walls, which naturally purify the air we breathe. The vision is to create high-quality natural air in all indoor spaces, which gives healthier and human-friendlier indoor environments. Their green walls are 100 times more efficient than regular green walls and are also optimising humidity.

By helping users discover smarter ways to maximize the potential of a building site, it is safe to say that Spacemakers Al technology is game-changing! A big threat to sustainable urban growth is the ever increasing urbanisation, slow and low-quality site development. This is the challenge Spacemaker aim to accommodate by utilising artificial intelligence and the clouds power. They have created a fantastic collaborative workflow among engineers, architects, municipalities, and real estate developers which enables the insight needed to sort out the best solution of a building site.

Spacemakers technology is the future when designing cities to accommodate the growing population.

NoFence is behind the world`s first commercially virtual fencing system for sheep, cattle and goats. The technology behind the “fenceless” solution eliminates the need for physical fences and allows farmers to handle their pasturelands and herds flexibly from their smartphones! It is a GPS-based virtual fencing system, which uses audio warnings and potential electrical impulses to keep the animals inside the NoFence pasture. Not only is the technology revolutionising for the farmers, but it is also sustainable agriculture and good animal welfare. By having virtual fences, the animals are kept in their designated pasture, which satisfy their natural behavioural needs.

The company has gone from being a start-up to an international scale-up company, where millions of animals currently are under the NoFence technology!

TOO GOOD TO GO, DENMARK

Global food waste involves between one-third and one-half of all food produced. This is a massive problem for the environment and climate, but it is also a waste of resources. Luckily, Too Good To Go is here to fight food waste around the world! Too Good To Go is the world`s largest marketplace for surplus food, where they are collaborating with 50,000 supermarkets, restaurants, bakeries, hotels etc across 15 countries.

Too Good To Go dreams of a planet with no food waste, and is therefore working on making it a reality every day. The app enables the customers to save perfectly good surplus food from local stores at a reduced price!

Summer 2019 Bower (previously called PantaPå) launched as the world`s first container-deposit app. The Bower app allows consumers to recycle cans, bottles and other deposit packaging at recycling stations. A very easy way to recycle, where the deposit is paid directly to your mobile phone as cash or coupons! As a consumer, you can return items of packaging from suppliers that don`t work with Bower.

At the moment, Bower works with several brands including Procter & Gamble, Fazer, Unilever, Skincity and Clas Ohlson. Each brand gets to set their own value for the different packaging! Recycling doesn`t get any simpler than with Bower!

The technology behind Climeon produces clean electricity 24/7 without being dependent on weather conditions. They are complementing solar power and wind to create clean electricity – with the aim of a cleaner planet. Climeon`s Heat Power system can generate clean electricity from low temperature waste heat and geothermal energy. Climeon has been recognised several times and received awards, because of the positive impact their innovation has on the environment. Back in 2016 The World Wildlife fund named Climeon as one of the annual “Climate Solvers” – since Climeon`s technology could save over 21.6 million tons of CO2 emissions annually!

Climeon has received a lot of attention, and has attracted the attention of people like Richard Branson (Virgin`s), Jeff Bezos (Amazon), Bill Gates (Microsoft) and Mark Zuckerberg (Facebook) – who have all invested in the company!

“We`ve taken water for granted for too long. It`s time to use it smarter” says Orbital Systems, who has created the world`s only circular shower system. The system allows you to save up to 90% of the water used and 80% of the energy! Water is a limited resource, and in a few years the demand will outstrip supply. Orbital Systems has therefore found a solution to save one of the world`s most important resources – water!

Forbes has recognised Orbital Systems as: “The Tesla of Showers”, and we believe they deserve some more recognition for their innovative circular shower system!

Northvolt is helping us getting one step closer to a carbon neutral society with their high-quality green batteries. Their whole blueprint for battery manufacturing is built around a promise to sustainability. They use ethical sourcing of raw materials, while ensuring a minimal environmental footprint through their production. Northvolt are well aware of the loop on batteries, and have therefore created an ecosystem for battery recycling in order to close the loop!

Recently Northvolt won the “Standout Fundraising Achievement of the Year 2020” award, because they had combined $2.2 billion in fundraising!

Envac has created an innovative waste collection system called pneumatic, which makes recycling smart, sustainable and cost-efficient, while enabling a circular economy and a better living environment. They are the market leaders when it comes to the implementation of the next-generation recycling using resource-efficient waste handling. Envac`s whole vision is to create smarter cities whilst improving quality-of-life and ensuring a more sustainable planet for the future generations.

Future cities with the Envac waste collection system would look a lot different from today’s cities. There would be no open waste containers, overflowing waste bins, traffic jams and pollution caused by the current waste collection vehicles!

If you are a Nordic business looking to enter, grow or scale in the UK, please contact us. Goodwille is an essential business service provider helping foreign-owned businesses expand to the UK. To find out more visit goodwille.com.