Brexit timeline of key events from referendum to EU exit 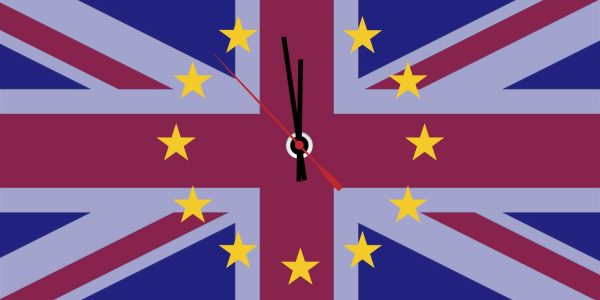 On January 31 2020, Brexit finally became reality as the United Kingdom officially left the European Union – more than three and a half years since the Brexit referendum. 2020 will be a transition period with most arrangements remaining the same and virtually nothing will change for businesses or for the public during this time. However, on June 15 2020, the UK and the EU announced in a joint statement that the UK will not seek an extension to the transition period meaning that the clock is ticking for the two to agree on their future relationship by the end of this year.

Below is a summary of the key events since the referendum 2016 as well as the important deadlines to look out for in 2020.

UK holds referendum on its membership of the EU, commonly known as the Brexit referendum. It results in 51.9 per cent of votes being in favour of leaving.

The at-the-time Prime Minister Theresa May triggers Article 50 of the Treaty on the European Union, which begins the UK’s withdrawal.

The UK was originally set to leave the EU on this day. However, the process is delayed as the Withdrawal Agreement drafted and negotiated by the then Prime Minister Theresa May was not approved in the British Parliament and the EU agreed to grant an extension.

Theresa May announces she will resign as Prime Minister.

Boris Johnson is elected new leader of the Conservative party with almost twice as many votes as his opponent Jeremy Hunt.

Following an audience with HM The Queen, Boris Johnson formally becomes the new Prime Minister of the UK and commits to taking the UK out of the EU on 31 October.

The UK is supposed to leave the EU, but the departure is yet again delayed despite Boris Johnson earlier vowing that Brexit will happen on this day, ‘no ifs or buts’.

General election in the UK

At 11 pm UK time, Brexit finally becomes reality as Britain officially leaves the European Union and enters a transition period that is due to run until the end of the year.

The UK-EU negotiations in 2020 will take place over several negotiation rounds. Areas of discussion include a new trade deal and the terms of the future relationship on a wide range of matters such as good and services, fishing and farming, security cooperation, data policy, education and science.

The first round of negotiations takes place

The first rounds of negotiations between the UK and the EU are formally launched in Brussels by the UK’s Chief Negotiator, David Frost, and by the European Commission’s Chief Negotiator, Michel Barnier. Barnier warns of serious differences after the first round. The second round, due to take place in mid-March, is postponed due to the 2020 coronavirus pandemic in Europe.

The second round of negotiations takes place

Due to COVID-19, the second round of negotiations takes place via video conference. After the talks, both the UK and the EU issue a similar statement, expressing that limited and disappointing progress has been made so far. The pain points relate especially to fisheries matters, governance and “level playing field” for businesses.

The third round of negotiations takes place.

The third round ends in a similar mood as the second round. Both sides report that little progress has been made on the most significant outstanding issues, with only one scheduled negotiating round left before the crucial June summit.

The fourth round of negotiations takes place

The negotiations end yet again without any major breakthroughs, putting the pressure now on a high-level political meeting between Boris Johnson and the EU’s top official Ursula Von der Leyen, who will meet later this month.

A high-level video conference takes place between Prime Minister Boris Johnson and top EU officials, including European Commission President Ursula von der Leyen. Following the call, the UK and EU confirm that Britain will not seek an extension to the transition period. However, both parties agree to intensify talks in July.

Taking into account the time needed to ratify a deal, the EU’s Chief Negotiator Michel Barnier has stated that a full “legal text” must be in place by this date – at the latest.

If a trade deal is not in place by this date, the UK will fall back on to WTO rules.

Want to keep up with the latest updates on the Brexit discussions?
Subscribe to Goodwille’s Brexit Newsletter to receive the latest news straight to your inbox!