Brexit – where are we now? 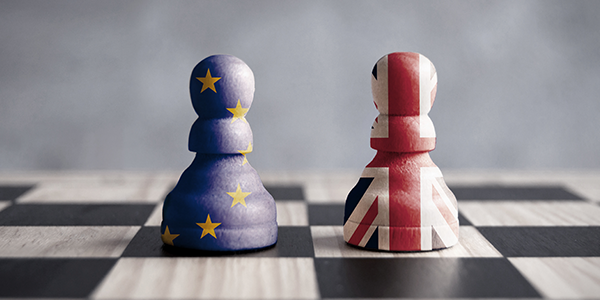 On 11th April, European Union leaders granted the United Kingdom a six-month extension to Brexit to 31st October this year. Effectively, this means that the UK now either must hold European elections on 23rd May or leave on 1st June without a deal. According to Theresa May, the aim is still for the UK to leave the EU as soon as possible, and Brexit should ideally take place well before the deadline in October.

Currently, there are various factors which could result in a No Deal Brexit. As mentioned, if the UK does not participate in the EU elections, this will effectively result in the UK leaving on 1st June this year – an outcome we believe to be unlikely at this point. Another possibility is if Theresa May’s deal fails to go through Parliament, which, in return, will mean that the UK will be leaving on 31st October. Lastly, there is the possibility that the decision to leave without a deal is made by Theresa May if she remains Prime Minister. In the event of an unsuccessful leadership contest – which will be the result if she does not manage to win the confidence vote – Theresa May will resign and it will consequently be up to the new Prime Minister to continue the Brexit negotiations going forward.

Goodwille continues to follow the development of Brexit closely. Amongst other things, we have been working on growing our network to include experts within the field of import and export, and are still working closely with North Star Law on the question of immigration. Furthermore, we ensure to attend several events focusing on Brexit, the latest being our CEO, Alexander Goodwille, attending the Export Gala (Tullgala in Swedish) in Gothenburg on 23rd May.