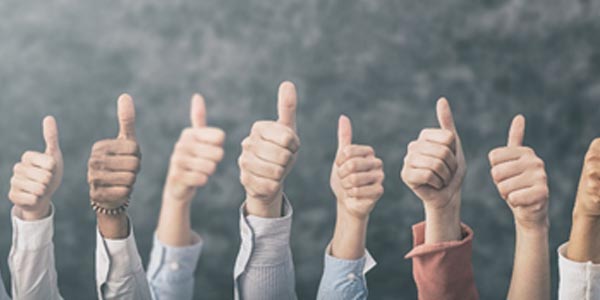 The Coronavirus Job Retention Scheme is an initiative open to all UK employers with a PAYE scheme in place for the employees. The scheme will keep employees employed by their employer but they must not undertake any work.  The government will cover 80% of furloughed workers’ wages, up to £2,500 a month. The government has also published a step by step guide for claiming your employees’ wages through the CJRS, which can be accessed here.

On 12th May, the government announced that the scheme will be extended until the end of October but some details of the scheme will change gradually between July and October. On 8 July Chancellor Rishi Sunak announced an additional Job Retention bonus for employers who keep on their furloughed employees in employment after the CJRS ends on 21 October 2020. Read more about the scheme and changes coming into effect in the coming months.

On 12th May, it was announced by the Chancellor that the scheme will remain open until the end of October, though under different circumstances. The changes to the scheme will take place gradually in the coming months.

In June, the scheme will operate under the existing rules. Employers are able to claim back 80% of furloughed workers wages, limited to £2,500 per month and employee. Additionally, the employer can claim for associated Employer National Insurance contributions (NIC) and minimum automatic enrolment employer pension contributions. Fees, commission and bonuses should not be included. Employees must be furloughed for a minimum of three weeks.

From 1st July, employers can bring previously furloughed employees back to work part-time – this change will take place a month earlier than previously announced to help people get back to work. It is completely up to employers whether they bring some furloughed employees back to work or not and they can flexibly decide the hours the employee will work, meaning they can work as much or little as the business needs. The government will continue paying 80% of wages for any normal hours not worked but the employer will be responsible for paying the employees in full for the hours they have worked.

In August, the government will still pay 80% of wages up to a cap of £2,500, but employers will start to pay national insurance and pension contributions.

The application portal went live on 20th April and can be accessed here.

All UK employers are eligible to apply for the scheme. This includes not only for-profit businesses, but also charities and recruitment agencies and public authorities. The scheme requires, however, that the organisation has a UK bank account and has started a PAYE payroll scheme prior to, or the day of, 19th March. In addition, you need to be enrolled for PAYE online (this can take up to 10 days).

It’s important to note that the scheme will close to new entrants from 30‌‌ June – so from this point onwards, you will only be able to furlough employees that you have furloughed for a full three-week period prior to 30‌‌ June.

This means that the final date that you can furlough an employee for the first time will be 10‌‌ June so that they have time to complete the three-week furlough period by 30‌‌ June, and therefore remain eligible for the scheme.

On 8 July, Chancellor Rishi Sunak introduced the Job Retention Bonus, which is meant to provide additional support as well as encourage employers to keep on their furloughed employees in employment after the CJRS ends on 21 October 2020.

The Job Retention Bonus is a one-off payment to employers of £1,000 for every employee who they previously claimed for under the CJRS. Furthermore, the employee must remain continuously employed through to 31 January 2021.

To be eligible, the employee must earn at least the national insurance lower earnings limit between November 2020 and January 2021, which currently stands at £520 a month.

Employers will be able to claim the Job Retention Bonus after they have filed PAYE information for January 2021 and the bonus will be paid to employers from February 2021.

More detailed guidance, including how you can claim the bonus online, will be available by the end of September. If you’re a client and Goodwille have processed the CJRS for you, we will review those who are eligible for the money next year. Therefore, you do not need to do anything or notify us.

What Type Of Employees Can I Claim For?

Any type of employment is eligible, though the furloughed employees must have been on the PAYE payroll prior to, or on the day of, 19 March 2020. The employee cannot undertake any work for the organisation, thus, the scheme does not cover employees who are working on reduced hours or reduced salary contracts due to the current crisis.

Examples of type of employees you can claim for:

Foreign nationals are also eligible to be furloughed.

Please see more detailed guidance on different types of employees on this page.

If I Apply For The Scheme, Do I Have To Furlough All My Employees?

No, employers are not enforced to furlough all employees. When choosing who to furlough, the usual equality and discrimination laws will apply.

The government recommends that any changes made to employment contracts should be discussed and done in consent with employees.

My employee is on Statutory Sick Pay. Can s/he be furloughed?

Short term illness/ self-isolation should not be a consideration in deciding whether to furlough an employee. The Coronavirus Job Retention Scheme is not intended for short-term absences from work due to sickness, and there is a 3 week minimum furlough period.

If, however, employers want to furlough employees for business reasons and they are currently off sick, they are eligible to do so, as with other employees. In these cases, the employee should no longer receive sick pay and would be classified as a furloughed employee.

How Do I Calculate The Claim For Full-Time & Part-Time Salaried Employees?

You are entitled to claim 80% of the employee’s salary before tax as of 28 February, non-inclusive of fees, commission and bonuses and with a maximum amount of £2,500. See detailed guidance on how to calculate the wages here.

You are also entitled to claiming back the associated NIC and minimum automatic enrolment employer pension contributions from the HMRC, both which you are still liable to pay. Note that you cannot claim for:

How Do I Calculate The Base of My Claim For Employees Whose Pay Varies?

The calculation differs depending on how long the employee has been employed.

Employees whose pay varies and were employed from 6 April 2019

If the employee has been employed continuously from the start of the 2019 to 2020 tax year, you can claim the highest of either:

If the employee started their employment after 6 April 2019, claim for 80% of their average monthly wages since they started work until the date they are furloughed, up to a maximum of £2500 per month.

Can I Pay My Furloughed Employee Beyond The 80% Covered By The Scheme?

Yes, you may top up your employee’s salary if desired. Bear in mind, you will also have to pay for NIC and pension contributions for the top-up amount, which you will not be able to claim back.

I Hired Someone After 19 March 2020. Can They Be Furloughed?

No. According to the scheme, no one can be furloughed or claimed for unless they are on the PAYE payroll scheme before or on the day of 19 March.

Can A Furloughed Employee Still Volunteer?

Yes, as long if they do not do any type of work to generate revenue for, or on behalf of, the organisation.

What Are The Employment Rights Of A Furloughed Worker?

Furloughed employees have the same right as they did before, including SSP, maternity rights and rights against unfair dismissal. Depending on the outcome, the right to redundancy payments could be particularly important ones the government ends the scheme.

What Happens If My employee Has More Than One Job?

This does not affect your claim – an employee can be furloughed for each job separately.

Claiming with HMRC & End of Scheme

What You Need To Claim

To make a claim, you will need:

You also need to provide either:

What Happens After My Claim Is Submitted?

As long as you are eligible for the grant, the HMRC will pay it directly to your UK bank account. (within 6 working days of submitting the claim). The amount must then be transferred directly to your employee. You may not deduct any fees from the grant.

Once you’ve claimed, make sure you:

What Happens After The Scheme Closes?

When the scheme ends, the employee can return to normal duties, or, it may be necessary to consider redundancy. The normal procedures for terminations must then be followed.

Additionally, you may qualify for the Job Retention Bonus, which is a one-off payment to employers of £1,000 for every employee who they previously claimed for under the CJRS. Furthermore, the employee must remain continuously employed through to 31 January 2021.

To be eligible, the employee must earn at least the national insurance lower earnings limit between November 2020 and January 2021, which currently stands at £520 a month.

Employers will be able to claim the Job Retention Bonus after they have filed PAYE information for January 2021 and the bonus will be paid to employers from February 2021. If you’re a client and Goodwille have processed the CJRS for you, we will review those who are eligible for the money next year. Therefore, you do not need to do anything or notify us.

How We Can Help

At Goodwille, we will keep monitoring the current situation and governmental advice regarding COVID-19, regularly updating our blog If any additional information is announced regarding the Coronavirus Job Retention Scheme we will notify you, and support you throughout the application process.

We encourage our clients, as well as other businesses, to get in touch with our team in case you have any questions or concerns regarding your UK operations and the implications of COVID-19.