By law, this freedom is called “Freedom of Workers”. We have expanded the notion here as in practice, it relates to more than just EU workers and includes for example family members and jobseekers, but also students and unemployed Union citizens. We have picked out the three most relevant categories here below.

There has been a lot of speculation over the past 2 years around Brexit which has perhaps meant that many non-British citizens are questioning the security of their current situation in the UK. The key information is that there will be no change to the legal rights of EU nationals living in the UK until at least 31st December 2020, or later if there is an extension.

In December 2017, the UK Government announced that an agreement had been reached with the European Commission on citizens’ rights, whereby EU citizens who arrive in the UK by 29 March 2019 will be entitled to apply for “settled status” (see below) when they have five years’ continuous residence in the UK. However, the Draft Withdrawal Agreement published on 19th March 2019 confirmed that free movement of people will be extended to the start of 2021. This recent assurance means that EU Nationals arriving in the UK would be able to stay in the UK indefinitely and also access work permits via the new immigration regime.

As discussed above, immediate uncertainties over the immigration status post-Brexit were addressed in the Draft Withdrawal Agreement confirming EU citizens’ rights to remain unchanged until 31st December 2020. As previously, this means for the moment there is no issue for EU nationals to live and work in the UK. Irrespective of the recent assurances, employers need to think about future proofing their business, which of course means looking at how the company can support both current non British employees and also potential hires from outside the UK.

Some thoughts to bear in mind:

In December 2017, the Government announced that it had reached an agreement with the European Commission on citizens’ rights, under which EU citizens arriving in the UK by 29 March 2019 will be entitled to apply for “settled status” when they have five years’ continuous residence in the UK. This will give them the right to stay indefinitely. Settled Status is currently known as Permanent Residence, however those currently living and working in the UK under a Permanent Residence agreement will need to also apply for Settled Status.

Applicants who are not able to give evidence of five years’ continuous residence necessary to obtain settled status, but who can evidence that they were resident before the specified date, will be given temporary status. This means that they will be given the opportunity to build up the required longevity of residency to be able to apply for Settled Status. 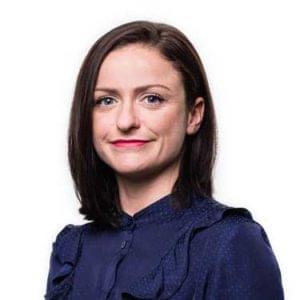 If you have any questions about Individual Mobility,
get in touch with Jacqui Brown,
HR Manager at Goodwille.
jacqui.brown@goodwille.com