No-deal Brexit from a people/HR perspective 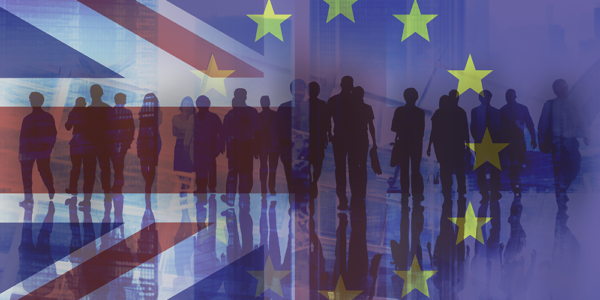 Whilst it is clear with the appointment of Boris Johnson as Prime Minister that there will be a different tack to negotiations with the EU, at the time of writing the EU has maintained the stance it does not intend to renegotiate the terms of its deal with the UK.

In the case of a no-deal Brexit, it is likely to become more expensive and difficult for people to work, study and live across borders in the long run as well as gaining access to healthcare, benefits and social services.

At this time, for current residents (EU citizens located in the UK by/on 31st October 2019) the UK have provided a grace period to continue to reside in the UK. They may apply for pre-settled status or settled status depending on certain qualifying conditions. EU citizens residing in the UK on exit day may also continue to receive temporary access to healthcare until December 2020. In terms of professional qualifications, EU citizens who have had their qualifications recognised in the UK by exit day will be protected.

EU Nationals who are not residing in the UK by/on exit day can still come to the UK to work or study without applying for immigration status or visas, as long as they do not stay for longer than 3 months. This means that it will still be possible for short-term business trips to happen. This arrangement will remain in place until the new UK immigration system comes into effect in 2021. For EU Nationals who are looking to stay in the UK for longer than the 3-month application free period, it will be possible to apply for Temporary Leave to Remain which grants up to a 36 month stay to work or study. Once this expires, EU Nationals will need to apply via the new immigration visa system and their time spent living in the UK via Temporary Leave to Remain will not count towards any permanent residency application. So far, the EU has granted UK nationals visa-free travel in the event of no-deal, allowing visits for 90 days in any 180 days.

There is speculation that there could be an economic slowdown due to Brexit which could in turn result in recruitment freezes. What we do know is that there will be more hurdles for HR when recruiting EU citizens into UK businesses and perhaps difficulty in replacing key personnel with certain skillsets (e.g. languages). When carrying out pre-employment screening, HR will also need to be mindful of changing data protection laws (as the UK will be considered a third country) if references need to be sought outside of the UK.

In summary, even in a no-deal Brexit scenario, it will no doubt be more arduous but in no way an impossible situation.