Why startups are flocking to Oslo 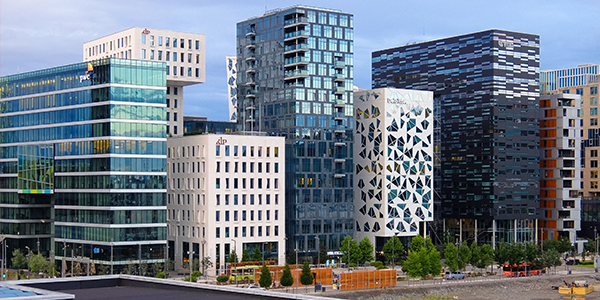 Oslo is fast becoming the place to be for tech startups, rivalling the more traditional Silicon Valley area as somewhere to make money and develop new products.

Once a city known for its maritime industry and rich oil reserves, Oslo is keeping up with the digital world by pushing innovation in cutting-edge tech. Indeed, according to last year’s State of the City report for Oslo, Norway’s capital saw an impressive 160% rise in startup investments in 2017, representing the largest rise in Scandinavia bar Sweden.

A move away from oil to eco-friendly tech

Oslo’s focused efforts on tech have in part been prompted by competition in the oil market. Low oil prices in Venezuela and the Middle East have had a significant effect on the sale of Norway’s primary export. In an effort to retain the country’s spot as the eighth wealthiest country in the world and to assuage the effects of climate change caused by the burning of fossil fuels, Norwegian leaders are turning to green tech.

This fits in with Norway’s recent commitment to sustainability. Currently, it is one of the only countries in the world to have introduced a carbon emissions tax, with the government offering a subsidy of 25% for fuel-efficient vehicles. In this way, Oslo is the perfect place for startups looking to make money while retaining their green credentials and helping to fight the ever-encroaching problem of climate change.

Socially-minded – the next big thing in the startup world

The question of how a startup will benefit society in general – as well as the customers it directly serves – is becoming an increasingly pressing issue for entrepreneurs everywhere. According to the State of City report, around 15% of tech investments in Norway in 2016 were tailored towards sustainability, demonstrating the attractiveness of green credentials to socially-minded investors.

A move away from Silicon Valley

Whether deciding to opt for Oslo or not, it is generally becoming accepted that Silicon Valley is no longer the mecca that it once was for tech entrepreneurs. Since 2014, the number of so-called ‘unicorns’ (startups valued at over $1bn) in the area has declined by almost 50%, with more popping up in Asia and Europe, particularly Nordic countries.

If you are looking at expanding your startup beyond your home market, you should talk to Goodwille. We have spent the past 20 years helping overseas businesses expand to the UK and have a large network of partners that can support international expansion to the UK and elsewhere in the world. Get in touch with us today for more information about how we can help your startup succeed in international markets.