Get to know Team Goodwille 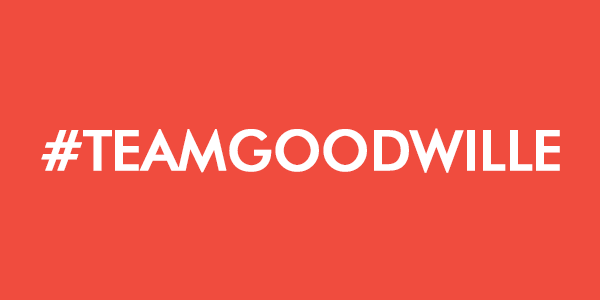 You spend more time with the people at work than you do with your own family. So it’s always good to know a bit more about the people you will be spending a lot of time with. We did a survey so you can get a feel for the kind of people we “really” are.

30% of the team have children and 81% of us are active on social media. One of us is rocking a handset that is neither Apple or Android, and the 23% of Android users are preaching about why the rest of us should not be using Apple products.

58% of us would pick a walk in the hills over a pint in the pub. Now don’t get us wrong, they will be in the pub after the walk, but that wasn’t how the question was worded. And 65% are taking the ice & slice in their drink to keep them cool.

We like to stay active, with 70% of us choosing to work out at least once a week. Healthy body, healthy mind, and all that. We clearly found the love of fitness late though, as 65% of us never made the high school sports team. It’s a cruel world out there.

The 30% of us that don’t stay active every week claim their sofa would miss them too much if they were gone. Interesting excuse when 72% prefer listening to music over watching TV, unless of course it’s the World Cup, where 73% of us tuned in to cheer on our team. The Finn’s however didn’t tune in, for obvious reasons.

And when we’re listening to music, or rocking out at festivals, most are enjoying Pop & Chart or Rock & Indie, over RnB.

We’re a pretty intelligent bunch, as exactly half of us are fluent in more than one language. Exakt hälften av oss har ett husdjur. For those of you that don’t speak Swedish, I was just saying that exactly half of us own a pet. We can’t tell you if it’s a fish, a hamster, a tortoise or a cat, but what we can tell you is that if we had to be an animal, over a third of us would choose to be a dog, because they’re playful and get all the attention. There are also three stand out flamingos amongst us too. We’ll leave it to you to work out who they are.

And if something goes wrong at home, 60% of us will grab the tools and try fix it ourselves. We’re the kind of people that like to give it a go, get stuck and get things done. We clearly fancy ourselves as the next Jamie Oliver too, with 90% of us choosing home cooking over getting a takeaway. But wait, don’t let that mislead you. We’re not health freaks, because absolutely everyone said they’d take the chips on the side of their meal if they were offered – that’s 100% of people for the chips please, with a third upgrading to the sweet potato fries.

Oh and here’s the big one! If you’re going to bring sweets to the office, don’t bring Liquorice, even if you’re Swedish, because most of us don’t like it (55% No vs. 45% Yes).

When we have some spare money, there’s some sensible ones amongst who would stick it in a saver, some that would blow it on clothes and electronics, but over 60% of us would put it towards a holiday. A bunch of people who love to see the world, try new things and experience new cultures.

So if you want to work somewhere where you don’t dread Mondays (most people here said they don’t), and you happen to have a love of home-cooking, listening to music, travelling, pets, country walks, holidays, electronics, speaking languages or indeed aspire to be a dog, then maybe, just maybe, you should look to join Team Goodwille! And we absolutely love people that want to break the mould too! Check out our current vacancies and who knows, maybe you’ll be one of us soon!