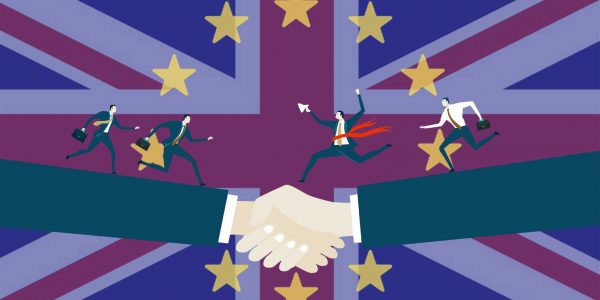 Brexit is a word that has not been heard in a while given the headlines which have dominated the Global press of late. However, 31 December 2020 is the end of the transition period and from 1 January 2021 we will be ringing in the end of free-movement for the UK. We blogged about Brexit and People considerations in August 2019, but there have been many changes since then.

For Employers and Individuals alike, there have been a range of messages given over the past year concerning actions to be taken. We hope to provide some clarity in this article.

As stated in our previous article, for EU citizens who are resident in the UK by the end of the transition period, they will be able to continue to live, work and study in the UK provided that they take certain actions. The options for these residents will be to apply for Pre-Settled Status or Settled Status depending on certain qualifying conditions.

Pre-Settled status will be granted for five years, but will be lost if the individual leaves the UK for a period of two consecutive years. An individual granted Pre-Settled status may apply for Settled Status once five years continuous residence is met. Individuals granted Settled Status will lose this if they leave the UK for a period of five continuous years.

EU citizens who apply for Pre-Settled Status or Settled Status will be able to access healthcare in the UK, however other benefits such as support for ill health or unemployment are only able to be accessed by those granted Settled Status at the time of writing.

EU Nationals who are not residing in the UK by/on exit day will be subject to the UK new points-based immigration system from 1 January 2021. The new system will treat EU and non-EU citizens equally. From 1 January 2021, anyone coming to the UK to work will need to have a job offer from an approved employer sponsor. Points are assigned for specific skills, qualifications, salaries and shortage occupations, Visas are then awarded to those who gain enough points.

It is key at this time to understand the composition of your existing workforce. If you do currently employ EU citizens, then you should understand what their plans are by way of remaining in the UK; and if they desire to apply for Pre-Settled Status/Settled Status. It is however entirely probable that you will need to hire employees again in future, whether this be for a new vacancy or a replacement hire.

Employers who want to recruit workers from outside the UK’s resident labour market from 1 January 2021 will need to apply to become an approved sponsor in the UK. Therefore, in order to maintain a skilled and diverse workforce, then this is something to consider. As an employer, you can apply online and the standard processing time for an application is usually 8 weeks. EU citizen staff who are already in the UK or arrive before 1 January 2021 can continue to work without needing to show settlement status until 1 July 2021.

Irish and UK citizens will be able continue to travel freely for business travel and to live and work between both countries under the Common Travel Agreement (CTA). Irish nationals currently working in the UK will not need to apply for settled status in the UK.

As highlighted in our previous article, when carrying out pre-employment screening, HR will also need to be mindful of changing data protection laws.

In terms of whether an employer may place an EU employee on secondment to the UK, until now the UK has enjoyed favourable agreements with most EU countries for taxation and social security purposes. Negotiations are still underway of whether such favourable arrangements may continue in future.